Over the centuries, ever since at least 3200BC in the early Cycladic period or Bronze Age, the Koufonisia have been constantly inhabited. Over this time a number of religions have flourished here, offering hope and comfort to people but also shaping the laws.
Paganism, the Olympian and Roman gods, early and Byzantine Christianity, Catholicism and even the Muslim faith during the Ottoman occupation have left traces, some only discernible to archaeological researchers. Nowadays the inhabitants are Orthodox Christians.

Of the nine churches that used to be on the islands only two survive to this day:
– The chapel of the Virgin (1651) on Kato Koufonisi
– St George’s church (1870), the main church on Pano Koufonisi

In the more recent past new churches have been built in honour of other saints who are regarded as the island’s protectors.

Below is some information about the churches you can visit today.

The historical and other information about the churches was provided by Father Efstathios Eleftheriou, Papa Stathis.
He served his flock on Koufonisi from the day he arrived in the afternoon of Friday October 1st 1970 until May 1st 2006 when he retired.
He still performs priestly duties when he is on the Koufonisia.
He received an honorary plaque from the Cultural Club Keros, during an event held in his honour on Sunday March 2nd 2014 for his services to the islands. 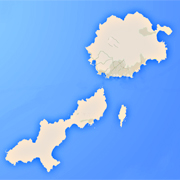 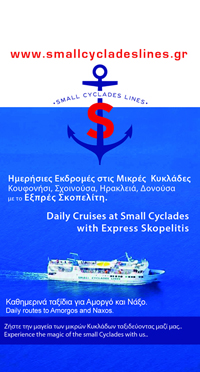 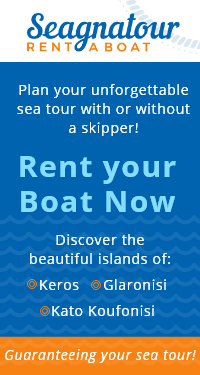